Time to shake off the pixels and dig back into the virtual ink-bottle for some collaborative writing. I'm a couple of days late on this one; life was too busy to do a credible job with it last week, and this past weekend was a "digital vacation" for me.


Now, let's rejoin our hero Riley, and see what Fate has in store for him.

At least the job was interesting in my mind. I'd once read a book about spycraft, and this felt exactly what like that. Not  the James Bond car chase and gunfight kind of spycraft. Not even the Jack Ryan NSA analyst genius behind the action kind of spycraft. No, this was the invisible kind. A puzzle made up of a million tiny random acts, painting some big picture seen only by Fate. 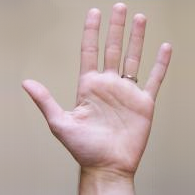 Like my first assignment on that very first day, when he'd spoken my name and that damn lie about Caleb. I was still leaning towards the door, wishing I'd left before he nailed me into the room like some kind of taxidermied butterfly with his cheap "I know your name" parlor trick. Was it a trick? Knowing our names was one thing, but that other stuff he said... well, I  just wasn't quite ready yet for some secrets to be out. So I stayed. Besides, it would be an adventure. He turned back to his notebook - one of those marble composition things they make you buy for first grade - and ripped out a page. The tearing paper sounded like thunder in the small office, and it felt shocking. If this was Fate's own notebook, should it be torn?

The paper was just ordinary, torn a bit unevenly with the corner missing. It was filled with numbers and letters written in a spidery, cramped hand,  what looked like astrological symbols and, in the middle, a few recognizable words,

I looked from the paper to the strange man - I still wasn't ready to call him Fate - and back again, "Is this some kind of joke? Say "hello"? What kind of job is this?"

He turned back to his notebook, started scribbling something as he answered. It's the same way a teacher will kind of sort of answer your questions while starting to grade papers or something. The message was clear: he was done with me. "You're my assistant. Some people need a nudge. Just a tiny one. Maybe hearing his name when he isn't expecting it will change his mind about something he was going to do today." He looked up at me for just a moment. "It changed your mind, didn't it?" He broke eye contact, looked back down at his papers. I stared at the slightly uneven part in his sandy hair as he talked to the desk, not to me. "And Riley, this is the last time you get an explanation." he glanced up, his lips curled into the barest hint of a smile. "You'll have to put yourself in my hands."


The assignments were all like that, more or less. Packages delivered at odd hours or simply left on a bench in the park.  "Accidentally" bumping into someone on their way off of a bus and apologizing to them by name.  Knock over someone's trashcan. Ride my bike across their lawn, tearing up the grass a bit. Dropping off a letter or spilling water on one,  dissolving words of love or sorrow or anger into a blur of ink and pulp. Whenever I had a letter to destroy, I'd always hope it was words of anger. It must have been. How could it be Fate to erase words of true love?

The trip to Fate's office grew familiar, but each little job added to the mystery. How did he know where so many people would be, what they'd need to see? What, really, were these little nudges accomplishing? Even the pay was weird. He'd give me an envelope containing eighty-seven dollars and forty-one cents cash every other week; one twenty dollar bill, one ten, one five, a single, all the way down to one penny. There was even one of those dollar coins in there. I saved the fifties and spent the rest, except the dollar coins. Those seemed special enough that I tucked them into a drawer along with his notes. Yes, I kept every note. Eventually I'd be glad I did.


Fate never mentioned a deadline, or even a rush, but it just felt wrong to keep Fate waiting. So I'd push, standing on the pedals, sucking the kind of dry sharp air that cuts up the inside of your throat and makes you want to puke It was worth hurrying. This is, after all, Fate.  Finally, I'd lean my bike against the wall of the office complex, force myself to walk not run to his door, willing my heart to slow down just enough for him to not see me sweating. "It's just a job", I'd tell myself. "He's just your boss. Not even that cute."

Today's assignment started like any other. The paper this time was from a spiral notebook, cheap and wide-ruled. He didn't look up, didn't acknowledge that anything about this one was different. I read the note twice before folding it twice and slipping it into my pocket, not realizing how the arrangement - and my life - was about to change.

Nicole will pick this one up from where I left it. I have definite ideas to some of the unanswered questions (including the one Carrie asked about whether Riley is a boy or a girl) and gave some hints leaning in the direction I see, and am quite curious to see where my two collaborators take it.

Next time I get a turn I'll write it more quickly; this was, again, a special week.