Continuing where we left off on our mid-summer Blog Hop story. For those who came in late, this is a writers' game I'm playing with Carrie K Sorensen, Nicole Pyles, Tena Carr, and Heather Musk. Carrie wrote the first bit of a story, and is now passing it along to the rest of us to continue. This one is taking shape oddly. There are points which are compelling enough, but it's moving a bit slowly and everyone seems to be holding back on making a big reveal. Therein, of course, lies the challenge; how would you continue a piece which you'd never have started yourself, and where will it end up after you pass the baton to the next runner?
So, please, catch up on parts one (Nicole Pyles) , two (Carrie Sorensten) , and three (Tena Carr)

Sand beneath his feet, the roar of the surf harmonizing with something louder and closer, within his ears.

Damn wet jeans and a cold dampness on his shirt, smells of fresh sea air and stale vomit, bile burn and tequila burn did it really happen?

Those stupid cards. Had the sense of danger really faded with the stupid truth or dare type questions, or just faded behind tequila, vodka, tequila again. Never mix your liquors. He shoulda remembered that before. Before the roaring in his ears drowned out the laughing voices of his buddies, before that last damn question. "What summer choice do you most regret?"

What summer choices had he even made? Kip's mind blanked, the bile rose in his throat, his cheeks flushed with shame and alcohol. What choice did he regret? He pushed words, slowly, deliberately, "I regret... I.. I need the can." The race for the bathroom, closing the door, kneeling against cool porcelain. 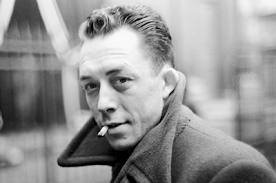 Double-hung, above the toilet, on the ground floor. He barely remembered the thought process. Staggering back drunk would be pathetic. An escape act... would be epic.

The jeep, the roads at night. Safe at night, nobody else around. Safe. AC on high, fan on high, air blasting him awake. And, of course, the beach.

Summer choices. Did he even make any? Or did he just let her make them around him, near him, about him.

She chose to leave him.

He lie back in the dying light of the jeep's headlamps and resolved that the summer wouldn't end without making a choice. Without doing something.